UK's schools estate 'not fit for purpose in a modern economy' 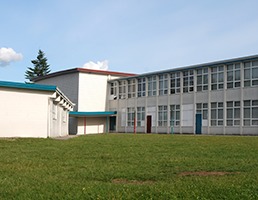 Problems with the education estate across the country are fewer since the 1990s, but there is still dilapidated infrastructure within many schools that is not "fit for purpose", former minister David Laws told the Education Estates conference in Manchester last week.

Laws, minister of state for schools from 2012- 2015 in the coalition government, is now executive chairman at the Education Policy Institute think tank.

He told attendees: "I remember very vividly the discussions we had in 2014/2015, over the scale of maintenance budgets for schools, over the size of the Priority Schools Building Programme.

"Even though we don't have the same problems regarding the schools estate that we had back in the 1990s, when the capital expenditure was very much lower, there are still schools even today and after the Priority Schools Building Programme which have core capital needs, and are working with an estate that is probably not fit for purpose in a modern, affluent economy."

Laws said the Department for Education needed to "prioritise discussions" to address this gap.

The two-day conference took place at the Manchester Central Complex.