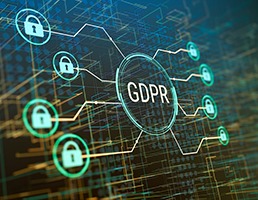 Despite General Data Protection Regulation (GDPR) legislation having come into effect over four months ago, the majority of UK businesses in the trades sector are now risking penalties by failing to adhere to some of the rules, according to a survey.

The poll of 1,002 UK workers in full or part-time employment, carried out by Probrand.co.uk, reveals that a large proportion (44 per cent) of businesses in the trades sector failed to wipe data from IT equipment they disposed of in the two months following GDPR.

The workers surveyed were from a wide range of trades, including construction, plumbing and carpentry.

The research also found that 71 per cent of all UK businesses in the trades sector do not have an official process or protocol for disposing of obsolete IT equipment.

Almost half of workers (47 per cent) in the trades industry admit they would not even know whom to approach within their company in order to correctly dispose of old or unusable equipment.

The five industries most guilty of not clearing the memory of IT equipment before disposal in the months following GDPR were transportation (72 per cent), sales and marketing (62 per cent), manufacturing (59 per cent), utilities (58 per cent) and retail (57 per cent).

The top ten industries most guilty of not clearing the memory of IT equipment before it is disposed of:

8. Healthcare and hospitality - 45 per cent

10. Information and communication - 39 per cent