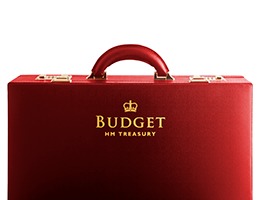 The National Living Wage will increase by 4.9 per cent from £7.83 an hour to £8.21 from April 2019, Chancellor Phillip Hammond announced in the Budget yesterday.

Hammond said the increase will hand a full-time worker a £690 annual pay increase and take their total pay-rise, since the introduction of the National Living Wage, to over £2,750 a year.

This will benefit around 2.4 million workers.

The Low Pay Commission (LPC) recommended that the hourly rates should increase in April 2019 and the government has accepted these recommendations:

In other areas, the Chancellor announced the government will no longer use Private Finance 2 (PF2), the current model of Private Finance Initiative (PFI). The collapse of Carillion and the general "inflexibility" of the model make PFI "a fiscal risk to government", according to the Office for Budget Responsibility.

The Chancellor's Budget was criticised for not including any funding for clean energy - particularly after the publication of the IPCC report. Julie Hirigoyen, chief executive at UKGBC, said: "Three weeks after the IPCC's landmark report highlighted the urgent need to tackle climate change and the subsequent ambitions announced by the Minister for Energy and Clean Growth, this budget is notable by the absence of any substantial clean growth measures."

Hirigoyen added: "Indeed, a number of important policies have been hit, with the scrapping of Enhanced Capital Allowances, making it harder for companies to invest in energy-efficiency improvements, and the Chancellor signalling his intention to weaken Carbon Price Support. This is at odds with the scale of the climate challenge and the urgency with which it needs to be tackled."

Charlotte Morton, chief executive of the Anaerobic Digestion & Bioresources Association (ADBA), said:  "We were disappointed that the Budget did not confirm a commitment to introducing universal food waste collections in England or any further funding support to encourage local authorities to introduce these where they haven't already done so.

"We strongly urge the Treasury, BEIS and DEFRA to ensure the forthcoming Resources & Waste Strategy includes these measures to help end the scandal of valuable organic materials being wasted in incineration or landfill - meeting our Carbon Budgets depends on it. As highlighted by the Committee on Climate Change, we also need urgent action on replacement for the Renewable Heat Incentive by the end of the year to ensure that generation of renewable heat continues to receive government support."

The body welcomed the confirmation that ministers will maintain the difference between alternative and main road fuel duty rates until 2032 to support the decarbonisation of the UK transport sector.