PFI is out but where will government find funding? 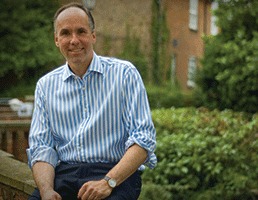 Scrapping the private finance initiative (PFI) as announced in the Budget this week was the right decision, but the government needs to think of fresh ways to fund new public facilities, said an FM consultant.

On Monday, Chancellor Phillip Hammond announced the government will no longer use Private Finance 2 (PF2), the current model of Private Finance Initiative (PFI). The collapse of Carillion and the general "inflexibility" of the model make PFI "a fiscal risk to government", according to the Office for Budget Responsibility.

Julian Fris, director of Neller Davies, told FM World that the PFI concept was "good for its time; it met a strong demand for services which weren't being delivered by ageing buildings" but ending it "marked the end of a concept which had become dated, irrelevant and unmanageable for today's working practices and service methods".

Fris said "we are in a very different place" because "technology is moving at a frantic pace and the volatile and unpredictable nature of business means people don't want to own buildings any more".

Fris added: "People and organisations want flexibility, and don't want to tie themselves into long-term arrangements. They are happy to share buildings and workspaces. It's very different."

People are using buildings in a different way and government needs to adapt, which includes finding funding for new buildings.

Fris said: "The government needs to look at how we are going to find new schools, health services and other public resources. If the money isn't there, where will it come from?"

He added: "This move, whilst entirely appropriate for where we are now, needs to place greater focus and emphasis on what comes afterwards. I suspect that the private sector will need to be engaged on some level. How that happens remains to be seen."

The facilities management sector's role will change as a result of PFI ceasing.

Fris said: "Public sector organisations, in particular, will have to reconsider what services it considers to be core or non-core. They will also need to consider the challenges in the labour market as necessary skills become more scarce and this could ultimately dictate the way we build and operate buildings. This could have a profound effect on education, health and defence in particular."