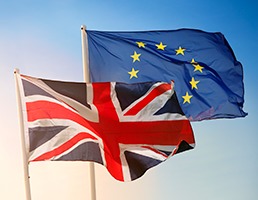 Britain's manufacturers are appealing for the current health & safety landscape to be maintained when the UK leaves the European Union, with existing worker production and legislative requirements to be transferred into UK law to avoid cost and disruption to business.

The call is made in a wide-ranging report into the UK's health & safety landscape published today by EEF, the manufacturers' organisation and health & safety expert body Arco, entitled Making Health & Safety Work for UK Business - Manufacturers' Concerns in a post-Brexit World.

In particular, the report says it is vital that the British Standards Institution (BSI) continues to play a leading role in European standards-setting so that UK companies can continue to make products set within the European standards environment.

This is essential to guarantee that UK companies can continue to trade without the risk of technical barriers emerging - and to avoid the unnecessary development of multiple standards.

Terry Woolmer, head of health & safety policy at EEF, said: "There is a clear message from manufacturers that there should be no rapid change post-Brexit to the UK's health & safety regulatory regime. The government's current approach of grandfathering existing EU worker protection and product safety standards into UK law for the foreseeable future is the right one.

"This is essential to avoid costly disruption, the emergence of any technical barriers and the development of unnecessary multiple standards which might damage the prospects of some companies being able to operate seamlessly when the UK leaves the EU."

According to the survey 42 per cent of companies want no change to the current regulatory regime, while another 55 per cent want no immediate change but would like a review of health & safety regulations once the UK has left the EU. This might include more recent directives that are not risk-based and where the level of health & safety benefits is more questionable.

A desire for a review of the existing landscape was significantly more pronounced among larger companies that may have the resources to deal with any change while smaller companies might prefer to deal with an existing scenario rather than face disruption.

Despite this large increase, two-fifths of companies have taken no action to review their procedures while a third of companies saw no increase in the involvement of senior management in health & safety since 2012 - bucking a long-term trend of improvement.