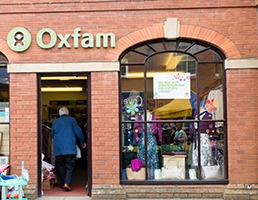 Thirty per cent of charities say property is a barrier to delivering their charitable objectives - almost double the proportion in 2016 (17 per cent), states the findings of the fourth Charity Property Matters Survey.

The report, published by the Ethical Property Foundation in partnership with the Charity Commission and Charity Finance Group, also shows that more than a third of charities (36 per cent) believe that property poses a high or very high risk to their organisations.

More charities than ever before (33 per cent) state that they rent from a commercial landlord, which is up from 21 per cent in 2014, and 66 per cent do not have a strategic property plan (up from 52 per cent in 2016).

The poll also found that 41 per cent say no one is specifically responsible for property within their organisation, and 44 per cent do not report regularly on the property to trustees.

Of organisations surveyed, 32 per cent have had trouble in finding funding for property costs while a further 26 per cent anticipate that this will be a challenge in future.

David Holdsworth, deputy chief executive at the Charity Commission for England and Wales, said: "The public rightly hold charities to the highest standards, and charities must respond to those expectations, including in their approach to their assets and the physical spaces they are responsible for. This research makes some sobering findings in this regard.

"I encourage trustees whose charities use property to read this report and learn from it in improving their governance and management systems around property. This report is also an important read for funders and others with an interest in the flourishing of charity in our society".

Antonia Swinson, CEO of the Ethical Property Foundation, said: "The findings reflect the reality of our growing client caseload. As local authorities move towards more commercial rents, so we are seeing a shift towards renting from the private sector and problems finding funding to cover core costs.

"More than ever, our sector needs to be wised up about to manage their property most effectively. These results are a wake-up call:  property is not an extra but is a vital part of delivering social mission."