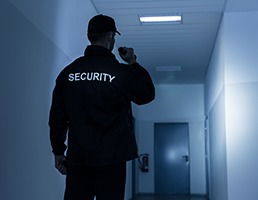 Mayor Sadiq Khan has called on employers to improve pay and working conditions for London's night-time workers as research shows how the city's nightlife is changing.

A study by City Hall and the Night Time Commission states that 1.6 million Londoners - a third of the capital's workers - usually work evenings and nights and that jobs in the night-time industries are growing faster than in the wider economy.

However, more than the half-a-million people in occupations where they are likely to work at night - at least half of them in the culture and leisure sector - are earning below the London Living Wage.

People working at night are most likely to be male, aged 45-49 and living in inner London.

The sectors employing the most employees at night are the health services, professional services and culture and leisure.

The findings show that two-thirds of Londoners are regularly active at night, including running errands and socializing, and that there has been an increase in restaurants, cafés and takeaways open at night.

The study also reveals that Londoners are drinking alcohol less regularly, and alcohol-related crime has fallen significantly in the past eight years.

But there are also barriers preventing many people from making the most of London at night, shows the report, with a third of Londoners saying activities are too expensive, while women, disabled people, and those on lower income feel less safe.

Earlier this year, Night Czar Amy Lamé and Deputy Mayor for Policing and Crime Sophie Linden called on organisations, businesses and councils to join the Mayor's Women's Night Safety Charter to help ensure that women in the capital are safe at night.

The charter sets out guidance for venues, operators, charities, councils and businesses to improve safety at night for women. This includes better staff training, encouraging the reporting of harassment, and making sure that public spaces are safe.

Ros Morgan, chief executive of Heart of London Business Alliance, said: "This report is a much-needed step in the right direction. As a city we need to recognise the potential we have, and the challenges we face. As a business improvement district, we are uniquely placed to broker an improved evening and night-time offering - one which embraces the diverse needs of the modern consumer. Together with our partners, Heart of London is already doing excellent work around safety and management in the West End, which will lay the foundations of a better evening and night-time economy - and one befitting of a world-class destination."

This week is Living Wage Week and on Monday, Khan announced that the London Living Wage is increasing from £10.20 to £10.55 an hour.

Khan will be launching his Good Work Standard later this year. The Good Work Standard will support employers in adopting best practice and achieving high standards in areas of such as workplace diversity, flexible working, health and well-being, skills development and ensuring employees' voices are heard at all levels of their organisations.