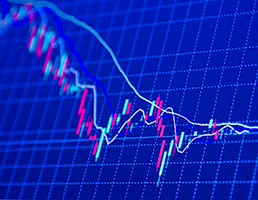 Support services firm Interserve's shares have dropped to a 30-year low, according to news reports.

After shares suffered a 10 per cent fall on Monday, the BBC reported that sources "close to" the company had denied that Interserve is close to bankruptcy.

In January, after Carillion's collapse, the Cabinet Office said that Interserve's position was not "comparable" to Carillion's despite the former's share price drop during that period.

At the time, one official told the Financial Times: "Ministers are very worried about Interserve, but the team is small and low-key as they are not wanting to unsettle". Another source said it bore "no comparison" with its collapsed rival.

In April Interserve reported that its financial performance in 2017 was "extremely poor with headline profit falling to £52.4 million".

The group's financial results reveal that an inefficient operating model and excessive cost structure left the group exposed to weaknesses in the UK performance of support services and construction in addition to a further deterioration in energy from waste during the middle of the year.

But in August, the company had said it had seen "significant operating profit improvement" compared with the second half of 2017, with profit up £11.5 million to £40.1 million.

In a response statement to reports surrounding the Group and the movement in its share price, Interserve said it confirmed "that the implementation of the Group's strategy and the Fit for Growth transformation programme remains on track and the Group continues to expect a significant operating profit improvement in 2018, in line with management's expectations".