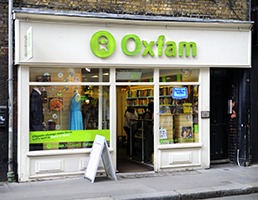 Analysis: Charity must be business-savvy

More than half of London charities (51 per cent) do not carry out regular risk assessments on their property, according to the findings of the first London Charity Property Matters Survey.

This is a significant 10 per cent difference compared with the 61 per cent of charities in England & Wales that do complete regular risk assessments.

An increasing number of London charities fear property poses risks to their charitable mission, states the survey published by the Ethical Property Foundation and the Charity Finance Group.

The survey also found that 68 per cent of London charities do not have a strategic property plan and 51 per cent say no one is specifically responsible for property within their organisation, which is 9 per cent higher compared with the rest of England and Wales.

Another 24 per cent have experienced and 19 per cent anticipate they will experience unforeseen property costs.

Furthermore, 53 per cent of London charities surveyed do not report regularly on property to trustees, compared with 44 per cent across the whole of England and Wales, highlighting the additional pressures the sector faces in the capital.

The survey also reveals that 36 per cent of London charities do not keep complete records of the property they own or rent.

Antonia Swinson, CEO Ethical Property Foundation, said: "The findings reflect the reality of our growing client caseload. As London's boroughs move towards more commercial rents, so we are seeing a shift towards renting from the private sector and problems finding funding to cover core costs. These results are a wake-up call:  property is not an extra but is a vital part of delivering social mission."

The research was funded by the City of London Corporation's charitable funder, City Bridge Trust.

A survey of national charities' property was also published earlier this month.