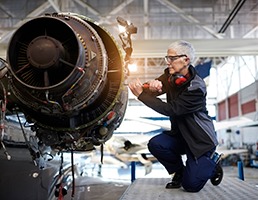 Facilities management firms are turning to financial incentives to lure top contract talent as the Brexit vote drives EU citizens out of the UK, shows data from Engage Technology Partners.

The staffing software supplier's pay data reveals that since the vote to leave the trading bloc in 2016, hourly pay for skills-short roles has risen. Maintenance positions, in particular, have undergone an uptick in pay.

Handymen/women and mechanical maintenance professionals reported the greatest increase in the three years since the vote at 13 per cent and 10 per cent respectively, while electricians saw a 5 per cent rise in hourly rates.

This data has been revealed amid news from the Chartered Institute of Personnel and Development that talent shortages are already being felt ahead of the UK's exit from the EU on 29 March next year.

According to its latest Labour Market Outlook report, a third of employers of EU citizens have reported that the Brexit decision has led to an exodus of these professionals from their UK base.

Drey Francis, director at Engage, said: "For facilities management firms, maintaining reliable access to a team of maintenance professionals was already an issue before the Brexit vote. Since the decision was made to exit the EU, this issue has deteriorated further, with many of the FM firms we have a relationship with reporting that availability of these professionals is one of their biggest concerns going into 2019.

"Given how sparse some of the talent for these roles is in general, it's perhaps no wonder that employers are turning to financial incentives to attract staff. However, this isn't a sustainable approach. Of course, we still need to wait and see what happens in terms of the agreement on the Freedom of Movement for the UK, but action can be taken now to improve staffing efficiencies in order to better cope with the expected upheaval in spring 2019.

"For example, where FM businesses have widespread operations, there are often resources that can be utilised in other locations, but a lack of visibility of this information is preventing hiring managers from tapping into these staffing pools."