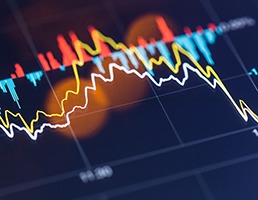 The results come only weeks after news reports stated that its shares dropped to a 30-year low.

The results also state that the implementation of the group's strategy and the 'Fit for Growth' transformation programme "remain on track and the Group expects a significant operating profit improvement in 2018, in line with management's expectations".

The support services division has continued to make "good progress in the second half relative to both the first half and the comparable period in 2017, reflecting the cost and margin actions taken in the business as well as the mobilisation of new contracts in the first half".

UK construction has continued to see revenue decline in the period and it is expected to report "a small loss in the second half".

The equipment services division had "a challenging first half following the completion of major project activity in 2017", the group reports.

It added that continuing delays on major infrastructure projects in key markets persisted into the third quarter.

Interserve states that it "continues to make progress on closing out its remaining energy from waste projects and the construction of all the projects is now complete".

All of the plants are now operational, receiving waste, and in the final commissioning phase in readiness for handover.

As noted in the group's half year report, risks to the programme remain and the group encountered some additional delays in the third quarter. The group continues to expect a net cash inflow in the second half following the receipt of certain milestone payments, although additional penalties resulting from these delays means this inflow is expected to be less than anticipated at the time of the group's half year report at circa £15 million.

Debbie White, chief executive officer, said: "Interserve has made significant progress in 2018. Following the successful completion of the refinancing in April, the business has traded robustly in some challenging markets and continued to win significant new contracts. The 'Fit for Growth' programme is delivering material cost savings and a simpler and more effective business structure. Overall we remain on track to deliver a significantly improved financial performance this year in line with our plan.

"The Board remains focused on positioning the Group for long-term, sustainable success. This means continuing the operational progress we are making to put legacy issues behind us, particularly in closing out and exiting the Energy from Waste business. It also means reducing debt and putting a strong long-term capital structure in place. To this end we will announce a deleveraging plan for the Group early in 2019.

"Interserve has significant opportunities as a best-in-class partner to the public and private sector, and we are working with all stakeholders to put in place the right standards, services, governance and financing to deliver a stronger future for Interserve's customers and our 74,000 people."

* Read previous reportage about Interserve being on "firmer financial footing" and the recent sale of its hard services business.