Social value set to be "transformational" for FM market 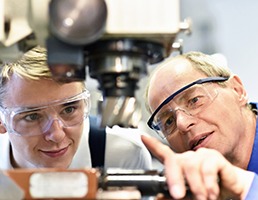 Guy Battle, chief executive of the Social Value Portal, has told an IWFM event that a 'quiet revolution' in social value is already leading to fundamental change in how facilities services are procured - and is about to turn the sector "on its head".

Battle told his audience, at the event held at Engie UK's London headquarters, that "something transformational" is happening in the market place - and that nowhere is this transformation more acute than in the world of FM.

"Your industry is about to be turned on its head - and organisations that don't grasp this will get left behind."

The Social Value Act requires all public sector organisations to consider their economic, social and environmental impacts when procuring services. Battle's service is an online portal that allows organisations to measure and manage the social value that they generate.

What's happening is that public sector organisations are fast expanding their commitment to social value.

Two years ago, said Battle, the weighting afforded to social value in contract bid documents was at between five and no more than 10 per cent of the total consideration, dwarfed by issues such as price: "But now it's 20 per cent - and that's a standalone rating. If you're not carefully building social value into your bids, you will not win work in the future - that's just the bottom line."

Moreover, the wider business world is following the trend with individual companies and private investors forcing the issue onto the private sector agenda. Battle cited the example of Legal and General, which is weighting social value activity at between 10 and 15 per cent on its multi million pound service contracts.

In the public sector, "what we are seeing is a kind of benchmark emerging," said Battle. "For every pound spent, the public sector now expects an additional 20 pence on social value as a minimum. And we're seeing that being delivered."

Why is social value increasingly important to businesses? "It's all about a sense of purpose," said Battle, "about people being able to show that they're doing more than just making their company money."

Considering these various drivers, Battle, who has consulted on sustainability since 1993, compared the outlook for social value with how the traditional environmental sustainability agenda has developed over the past twenty years.

"These kind of headwinds - we just didn't see anything like this around sustainability."

Battle explained the Social Value Portal's existing TOM (themes, outcomes and measures) framework, detailing how its taxonomy of themes and outcomes allows clients to directly compare competing service providers based on quantifiable metrics such as, for example, the number of apprenticeships to be deployed contracts. In doing so, the framework addresses the problem of service providers seeking to offer their own, differing types of performance measures.

On the Social Value Portal framework, "typically you might have anywhere between 15 and 20 outcomes.

"For example, more local people in local work support for free GCSEs, voluntary community activity, carbon reduction. We have two or three measures per each outcome, so every single measure has a unit, and a unit has a value. So when you want to sum the total social value, you look at everything you're doing across this framework and just sum up the information."

IWFM has played its part on the national social value task force set up by the Social Value Portal, and out of which the framework was devised. The framework is now being adopted by councils across the country.

Although sector-agnostic, the Social Value Portal has begun developing sector-specific "plug-ins" for its framework and is now working with IWFM on just such a plug-in for facilities management. A steering group is looking at the themes, outcomes and measures specific to FM "to reflect what your industry can do and what you think you should be judged on," explained Battle.

A workshop in February, open to all interested parties,  will consider all potential measures and discuss how the sector can come together "to develop a minimum standard that we can all report against".