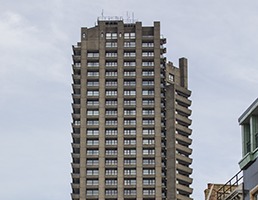 The government is banning the use of combustible materials on new high-rise homes and giving support to local authorities to carry out emergency work to remove and replace unsafe aluminium composite material (ACM) cladding.

Regulations were laid in Parliament last week, which will give legal effect to the combustible materials ban announced in the summer. The ban means that combustible materials will not be permitted on the external walls of new buildings over 18 metres containing flats, as well as new hospitals, residential care premises, dormitories in boarding schools and student accommodation over 18 metres high.

Schools over 18 metres that are built as part of the government's centrally delivered build programmes will also not use combustible materials in the external wall, in line with the terms of the ban.

The communities secretary is also taking action to speed up the replacement of unsafe ACM cladding, such as the type used on Grenfell Tower.

Local authorities will get the government's full backing, including financial support if necessary, to enable them to carry out emergency work on affected private residential buildings with unsafe ACM cladding. They will recover the costs from building owners. This will allow buildings to be made permanently safe without delay.

The government is already fully funding the replacement of unsafe ACM cladding on social sector buildings above 18 metres.

Secretary of State for Communities, Rt Hon James Brokenshire MP said: "Everyone has a right to feel safe in their homes and I have repeatedly made clear that building owners and developers must replace dangerous ACM cladding. And the costs must not be passed on to leaseholders. My message is clear - private building owners must pay for this work now or they should expect to pay more later."