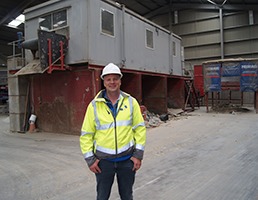 Edinburgh-based Hamilton Waste and Recycling has announced three acquisitions as the company continues to expand its skip and commercial waste operations.

The acquisition of Citiwaste Recycling, Tartan Waste and Colinton Skips will expand Hamilton's collection capacity in the region and is a clear demonstration of the company's plans to accelerate the growth of its commercial and industrial waste business.

David Hamilton, director of the firm, said: "These acquisitions, together with our plans to run Edinburgh's first electric waste collection fleet, show our commitment to growing our commercial waste business in Edinburgh and helping local businesses to further improve their environmental performance."

Family-owned Hamilton Waste & Recycling was founded in 2002 and operates at least 30 waste and recycling vehicles in and around Edinburgh.

In recent years, the company has invested over £10 million in developing what has now been recognised as the UK's most sophisticated recycling facility, capable of recovering and diverting over 97 per cent of the commercial and construction waste it processes.

Waste that cannot be recycling is used in the production of a waste-derived fuel, which is in turn used to offset traditional fossil fuels.