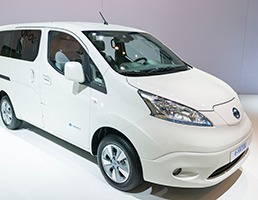 Mitie helps Aldi and Matalan to prepare for winter weather

Mitie has launched an electric fleet - one of the few facilities management companies to do so.

The firm has pledged to run at least 20 per cent of its company small van and car fleet using electric vehicles within the next two years.

The company, which runs 3,587 compact vans and cars, has promised that 717 of them will be electric by the end of December 2020, "to hit demanding emissions targets by 2030 helping avert a climate change disaster".

The company has ordered 400 electric small vans and cars to phase out polluting petrol and diesel vehicles as quickly as technology allows.

Mitie will install more than 800 charging points at its offices across the UK and at suitable home addresses of its drivers in a major infrastructure commitment.

It is also in discussions with suppliers to negotiate a deal for renewable energy, which it plans to make available to its electric vehicle drivers, as well as using it at Mitie offices if energy suppliers support the approach.

The company has written to its fleet drivers confirming that in future, they will be expected to take an electric company van, wherever possible. The first electric vans and cars will take to the roads by next summer

It is also promoting the benefits of going electric across its workforce, encouraging people who have a company car as part of their benefits package to switch to electric.

The FM and professional services company also intends to help its customers to achieve similar transformations of their own fleets.

The recent climate change report by the UK Intergovernmental Panel on Climate Change (IPCC) warned that there are just 12 years left to limit climate change catastrophe.

The report said that limiting global warming to a maximum of 1.5°C is necessary to cut the risk of extreme heat, drought, floods and poverty.

The government has committed that 25 per cent of its own fleet will be ultra-low emission vehicles (ULEVs) by 2022 and 100 per cent by 2030.

In 2017 FM firm,  Engie also announced its commitment to begin switching to an electric vehicle (EV) fleet to improve air quality and help meet its decarbonisation targets for 2020 and beyond.