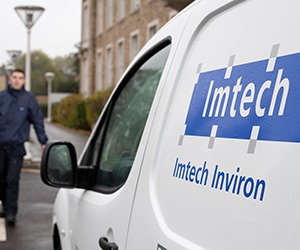 Imtech Inviron has continued to grow with a further £120 million added to its order book in the second half of 2018, according to a financial statement from the group.

This followed "a strong first half to this year which witnessed orders of circa £50m", it says.

Three contract wins with Vertas, Hogan Lovells, and the Houses of Parliament have been "central" to this growth.

The five-year M&E contract with Vertas Group, which includes the Suffolk County Council estate, began in September. Then in November, Imtech confirmed that it had been awarded the M&E contract for the Houses of Parliament in an eight-year deal.

In addition, Imtech Inviron has signed a 15-year deal with Chase Farm Hospital to maintain critical plant within a leading technology energy centre.

Noel Clancy, managing director Imtech Inviron, said: "The work with the Houses of Parliament puts us in a strong position to bid for projects planned as part of the parliamentary estate's refurbishment programme."

He added: "All the work secured since July reflects the confidence that our customers have in how we operate, and the strength of our offer backed by EDF, particularly the potential to offer innovative energy reduction initiatives. It all plays to our strengths: maintaining specialist services that allows us to focus on what we do best and add value for our customers and their end users."