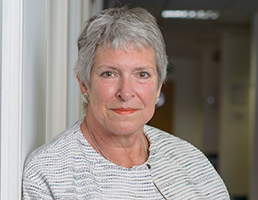 A lot of companies and client organisations are likely to be "considering their options" as Interserve's share price drops amidst rescue talks, according to Institute of Workplace and Facilities Management chief executive Linda Hausmanis.

Hausmanis, who was speaking on BBC Radio 5 Live's early morning financial radio programme, Wake Up to Money, told hosts that in the aftermath of Carillion's collapse earlier this year, that FM organisations and other service providers, were able "to swiftly pick up those contracts - we have a lot of companies who work very efficiently in facilities management".

She added: "Also we saw a lot of companies deciding to take those services back in-house and they didn't rely on an outsourcing model."

As Interserve remains in discussions, Hausmanis said: "I am sure a lot of companies and client organisations are considering their options as they see these headlines and listen to the news reports - they will be concerned."

But Hausmanis pointed out that it was not fully appropriate to make a comparison to Carillion, saying: "There are similarities but there are also differences. This is a different company and there are different facts. That said, the Carillion experience will certainly have had client organisations thinking about their preparedness should anything happen to a supplier - that's just good business sense. We do know there has been action by government with close monitoring by the Cabinet Office."

She also said that after Carillion's collapse the government "launched a digital and analytical platform, which captures spend and contract information across government. This is a better data capture and analysis [than before]. There were obviously lessons learned, it was a very painful experience to allow a company such as Carillion to go down. The last thing the government wants is the fall of a such a large company which employs a vast number of people."

She added: "I am sure the board at Interserve and professional advisers are spending many hours ensuring they can rescue this company."

Yesterday, FM World reported that Interserve and its lenders are "in constructive discussions regarding the agreement and implementation of a deleveraging plan", according to a company update published on the weekend.