Half of British workers feel they can't afford festive cheer 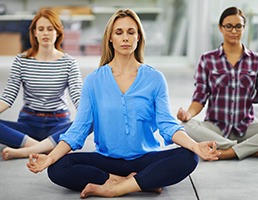 More than half of people surveyed are stressed about finances over Christmas, according to research from global employee engagement company Reward Gateway.

The study, which surveyed 1,196 people, shows that British workers collectively overspend an average of £5.95 billion during the festive period. It takes workers an average of almost three months to pay off this spending. Despite this financial burden, only 16 per cent of those surveyed receive financial support from their employers.

The impact could be detrimental to companies, with 53 per cent of employees admitting that financial worries distract them from their daily activities over the festive season, while over a third say they find it harder to be motivated over Christmas.

The demand for financial well-being solutions is apparent. Over half of British workers highlight that they would use savings on everyday purchases such as groceries and daily travel, 31 per cent would use gym and exercise savings and 28 per cent would use free financing on high-priced products such as white goods if it were available to them from their employer.