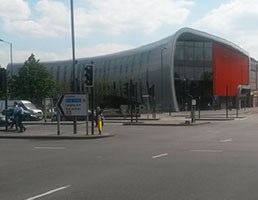 Bouygues Energies & Services had taken a four-year contract to work in partnership with Slough Borough Council to deliver services to more than 80 buildings in Berkshire, from planned and reactive maintenance to cleaning services across offices, libraries, community centres, day centres, car parks, and sports grounds across the borough. It saw Bouygues expand its portfolio in the local government sector along the M4 corridor.

ISS's integrated facilities service contract with Hewlett Packard Enterprise, set to expire this year, was extended until October 2021. 2,500 employees are engaged in work across 200 sites providing maintenance and repair, catering, hospitality, landscaping and cleaning, as well as other support services.

Here East, a technology and creative campus on Queen Elizabeth Olympic Park in London, chose Bennett Hay to provide front-of-house services across four receptions on its estate. The deal, for reception, helpdesk and concierge services, has the potential to extend demised services to tenant companies.

Interserve heads off with Thomas Cook

Caterer Wilson Vale was awarded a five-year contract extensions with independent preparatory Prestfelde boarding school in Shrewsbury (290 lunches every day for pupils aged from three to 13) and Highclare School in Birmingham (A team of 15 provides lunches for 650 pupils.)

From April, G4S Secure Solutions secured the Department for Work and Pensions' (DWP) estate of more than 700 properties in England, Wales and Scotland. The five-year deal combined the group's manned security, security technology and integration capabilities.

NJC cleans up with BNP Paribas

NJC announced a three-year contract with property management company BNP Paribas Real Estate covering One Creechurch Place in the City of London, for which NJC would self-deliver cleaning for internal common areas, the building exterior and the surrounding estate.

Churchill in tune with music venues

Churchill Contract Services was been awarded a three-year contract with Performances Birmingham to provide general cleaning, window cleaning, washroom services as well as other sanitary services across both buildings for the city's Town Hall and Symphony Hall. The deal represented Churchill's first contract with the company.

AM Services Group delivered security services at the University of Hull in a three-year deal involving out-of-hours security across the main campus and The Lawns student village, home to 1,000 students. The focus was "on customer experience supported by the innovative use of technology and staff training".

Graeme Davies rounded up this period of contracts with his perspective in the February 2018 issue of FM World:

A month of solid figures

Babcock International remains a bedrock for investors. Its latest trading

update told investors that earnings are likely to be in line with guidance as its net debt continues to come down. Margins are up, which makes up for slightly lower-than-forecast revenues for the year, likely to be in the region of £5.3 billion to £5.4bn. The bid pipeline for short-term prospects is up, with the combined order book and 'near-term opportunity pipeline' totalling £31bn.

Carillion's fall has had wide-reaching effects across the support services

sector, and for Serco one benefit was the chance to revise the acquisition of a portfolio of Carillion's UK health FM contracts. Having said in December that it was likely to pay up to £47.7m for the 15 deals a new agreement signed with Carillion's liquidators in February, covering nearly all of the previously agreed assets, came with a total price tag of £29.7m.

Serco's CEO Rupert Soames hailed its full-year results as a sign that the group is "moving forward". Underlying trading profits of £82.1m came in at the top end of market expectations despite a 2 per cent decline in revenues. Soames hailed the group's global footprint amid a difficult UK market and indeed, Serco's order intake of £3.4bn over the year was helped significantly by the Graft on prison deal in Australia, the single biggest contract ever won by the group.

Rentokil Initial's full-year results were well received. The firm was expecting a boost to trading in the year to come from the completion of a total of 41 bolt-on businesses over 2017. These operations bring with them aggregate annualised revenues of £224.7m aft er Rentokil spent £281.1m on M&A. Most of the deals - 33 out of 41 - came in the pest control division including nine in the US and a controlling stake in a joint venture with India's PCI. 2017 results saw revenues at Rentokil rise by 14.5 per cent at constant exchange rates and operating profit up 14.8 per cent to £294.6m.

London (Greater)
Up to £47,276 per annum plus excellent benefits
Reference
59097
END_OF_DOCUMENT_TOKEN_TO_BE_REPLACED