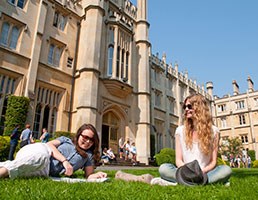 Sodexo won a three-year, £3.5 million-a-year contract with Richmond, The American International University in London, to manage and deliver all facilities services across its two campuses in south-west London. This contract saw the university outsource management of all of its cleaning, security, catering, reception, helpdesk, grounds maintenance, building maintenance and energy procurement to a single Sodexo team.

Property, construction and services group Kier was appointed by The Office Group (TOG), a provider of shared workspaces, to deliver technical services to 30 of its buildings in a two-year contract worth £1 million. The contract covers 28 sites in London, one in Leeds, and another in Bristol.

Wates in bed with Horder Healthcare

Wates Smartspace's facilities management was appointed by healthcare provider Horder Healthcare to deliver a three-year hard services contract across two medical centres and three outreach clinics in the south-east of England. The contract delivered integrated FM services at the Horder Centre in East Sussex, in addition to three outreach clinics and another medical centre in the region.

Mitie's document management business extended its work with global law firm Linklaters and won a new contract with an international investment bank. The provision for Linklaters involved new services including a document production unit of skilled document technicians, experienced legal proofreaders, and a service desk that includes 24/7 concierge support at its London headquarters on Silk Street.

Engie sparks off with TfL

The contract was delivered alongside the Mayor of London's Energy for Londoners programme and builds on an existing strategic partnership between the two organisations, in which some 300 Engie staff were  supplying technical services to TfL.

Wilson Vale gained a catering contract with Kent College Pembury, an independent day, boarding, nursery and preparatory school for girls in Pembury, Kent. Under a three-year contract worth £750,000 in annual turnover, the independent caterer began the contract on 8th January, taking over from the incumbent, Brookwood, to provide food services to 600 pupils and 200 staff.

Levy UK secured a five-year catering contract with Goodwood, the 12,000-acre estate in West Sussex known for motorsport and horseracing events. Levy UK collaborated with Goodwood on catering and hospitality provision at all Goodwood's major events including the Members' Meeting, Festival of Speed, Qatar Goodwood Festival and the Goodwood Revival.

The three-year contract, worth over £1 million to the growing Northern Irish part of the business, saw ABM supply the site with more than 50 members of staff covering security, cleaning, customer services and environmental services.

Graeme Davies rounded up this period of contracts with his perspective in the March 2018 issue of FM World:

A month of eyeing coffers

G4S reported on a satisfactory showing in its 2017 full-year results that showed solid growth in revenues and profits and another strong period of cash generation - giving management breathing room to strengthen its balance sheet. A period of refocusing the business under CEO Ashley Almanza leaves the company with two key global business segments of Secure Solutions and Cash Solutions, allowing management to emphasise the difference between its business and the wider support services and outsourcing sector.

Considering the negative sentiment around the outsourcing sector, groups

like Mitie have to do a lot of running to even stand still in investors' eyes. A trading statement confirming that both operating profit and cash generation are likely to be down year on year for the 12 months to March did little to boost confidence. But Mitie management confirmed the business is operating well within its banking covenants and its cost-cutting plan, Project Helix, should deliver savings by 2020.

Interserve revealed details of its agreement with lenders to stave off a funding crisis. It had spent several months in talks with lenders about extending and expanding its borrowing facilities. Talks resulted in a plan to make an additional £300m available up to 2021 with Interserve's lenders issued with warrants to buy shares equivalent to up to 20 per cent of the business at 10p a share. A deadline to test Interserve's financial covenants was extending out to 30 April to allow talks to conclude.

Recycling specialist Renewi, formed last year by a merger of Shanks Group and van Gansewinkel Groep, sold a lossmaking anaerobic digestion facility as the latest step in reshaping its municipal portfolio. It has been 'actively managing' its UK municipal portfolio to eliminate losses, and earlier in March announced the result of a review of contracts which concluded with £73m of impairments to be taken against various deals, although this is spread out over a period up to 2040.

London (Greater)
Up to £47,276 per annum plus excellent benefits
Reference
59097
END_OF_DOCUMENT_TOKEN_TO_BE_REPLACED