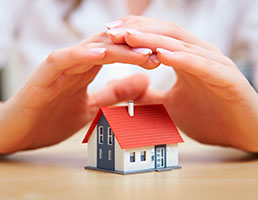 Compiled from data of members of the Property Guardian Providers Association (the PGPA), whose membership manages some 80 per cent of the sector, the census supplies information on the number of guardians, their age range, occupations, length of stay and the cost of their accommodation, as well the expenditure the management companies had to budget for to ensure that the properties met health and safety regulations.

Graham Sievers, acting chairman for the PGPA, said: "The PGPA has only just been formally constituted, with aim of setting high health and safety standards for the sector. Members who sign up must commit to meeting those benchmarks... So apart from commissioning currently the most comprehensive legal benchmark on the laws that protects guardians, we wanted to obtain a clearer picture of the sector as it currently stands. One of the government's key objectives in their housing policy is to help key workers be able to live closer to their employment, and so it's quite heartening to see that almost a third of our guardians are teachers, nurses, paramedics, firefighters, and police officers."

Sievers added: "Buildings that become vacant, such as care homes, schools, pubs or offices that have closed down, can attract vandalism, squatters or suffer general neglect whilst their long-term future is determined. Bringing them into a safe and habitable state enables property guardians to live in them, helping the buildings be far more secure than if they were left vacant. At the same time, the guardians have a license agreement to pay fees that are commonly half the cost of the equivalent accommodation in the private rental sector. In return, when planning permission or development plans come to fruition, the guardians are committed to a 28-day notice to leave," said Sievers.

The census data indicates that 89 per cent of guardians stay in the same property for six months or more, and 60 per cent for a year or more. One in four guardians remains in the same accommodation for over 18 months.

In terms of occupations, those working in the arts and creative industries form 35 per cent of guardians, and key workers are the next biggest employment group at 30 per cent, and one in five (20 per cent) comes from the medical, accountancy or legal professions.

London (Greater)
Up to £47,276 per annum plus excellent benefits
Reference
59097
END_OF_DOCUMENT_TOKEN_TO_BE_REPLACED