The year in FM service outsourcing: May 2018 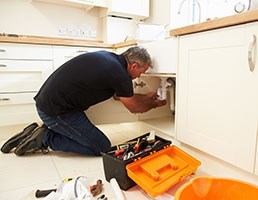 Lakeside North Harbour awarded Elior UK a five-year contract to operate its on-site café facilities in Portsmouth. Elior managed the Atrium Café and open a new café in Lakeside North Harbour's Winter Garden. The cafés provided occupiers and their staff and visitors with a variety of food and drinks.

Jet Aire Services was awarded a £1 million contract to provide drainage maintenance services across various regions of the UK on behalf of highways asset management company Carnell Group. Carnell awarded the deal, following up Jet Aire's completion of a £100,000 contract that required it to carry out jet vacuuming at highways in the North East and Herefordshire.

City Facilities Management secured a five-year contract with BP, providing the oil and gas company with building fabric, electrical and refrigeration maintenance services across its 300-plus UK retail sites. This contract extended the existing relationship between City and BP, which began in 2009. The contract employs more than 60 engineers and is supported by a 24/7 helpdesk, based at City's Glasgow headquarters.

Bouygues Energies & Services struck an agreement with Eurotec Environmental to supply sustainable clinical waste services to West Middlesex University Hospital (WMUH), part of the Chelsea and Westminster Hospital NHS Foundation Trust. These services included a Behaviour Change programme - to change the habits of employees to more sustainable-friendly ones - and the creation of an on-site clinical waste processing plant.

Graeme Davies rounded up this period of contracts with his perspective in the May 2018 issue of FM World:

results presentation in March with new contract sales totalling £500m, against a full-year figure for 2017 of £1.4bn. Organic revenues were 2 per cent lower than the same period last year when a large contract in the US flattered the figures. But management reported that issues in India and the Middle East were behind them and growth is expected to accelerate in the second half.

Fresh from completing its £701m rights issue fundraising, Capita won a £37m deal with the Financial Services Compensation Scheme (FSCS) to consolidate all its claims-handling. Previously one of three providers handling the claims process, Capita wona competitive tender to manage the scheme for 4.75 years with a potential two-year extension.

Waste specialist Renewi began the week with news that it had extended its main banking facilities and converted them into a 550m 'green loan', which means Renewi will enjoy a lower interest rate on its borrowing if it meets sustainability objectives. Final results that week added impetus as performance came in ahead of expectations with revenues from the

two business that combined last year, Shanks and van Gansewinkel Group, up by 8 per cent and underlying earnings up by 30 per cent at £69.1m.

Babcock International has lived up to its name in recent years by tying up a large number of deals across the globe. And its track record of delivering on a global scale means contracts keep coming, illustrated by the award of a three-year extension to a service and support contract for Canada's Victoria Class submarines. The deal, worth £225 million, stretches out to 2021 and secures the jobs of more than 400 Babcock employees in Canada.