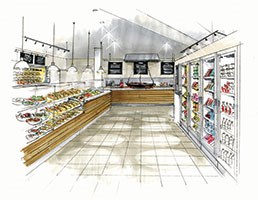 Emcor UK was awarded a multi-service contract with the Defence Electronics & Components Agency (DECA). Emcor UK was responsible for services provision including mechanical and electrical maintenance, projects, waste and laundry services and cleaning across the 43 buildings that make up the site.

Beaver's on patrol in the City

Beaver Pest Control was awarded the pest control contract for the City of London Corporation. The three-year deal included elements such as providing work experience placements as well as using footmen in the City to reduce vehicle pollution.

Amey took over the facilities management of 11 secondary schools in Barnsley that were previously run by Carillion. The contract sees Amey delivering services including caretaking, cleaning, grounds and building maintenance. Amey planned to take on 230 new employees.

Servest extended its security contract for a further year with the Foreign & Commonwealth Office (FCO) from 2019 to 2020. Since securing the contract in 2015, Servest's team provided manned guarding services and ad hoc support for events across the FCO's six properties in London and Milton Keynes.

Wilson Vale won a catering contract for College Court Conference Centre at the University of Leicester. Under a five-year deal worth £750,000 in annual turnover, the independent caterer provides catering services for conference guests and visitors, as well as catering for weddings and events.

FM company Incentive FM was awarded a £2.7 million, three-year contract at Southgate Shopping Centre in Bath. Under the deal with Broadgate Estates, Incentive FM was responsible for all cleaning, including window cleaning, and security at the open-air shopping centre - a tourist attraction and home to numerous restaurants.

Graeme Davies rounded up this period of contracts with his perspective in the June 2018 issue of FM World:

Full-year results from Mitie reflected the tough period the group has been through as it exited its domiciliary care business and reined in its strategy ambitions under new management over the past year. Revenues were up only 2.8 per cent at £2.2bn on an adjusted basis and operating profits fell by 6 per cent to £77.1m while debt grew from £147.2m to £193.5m over the year. Meanwhile, the period ended with a £4.5bn order book, up 2.4 per cent and a reduced full-year dividend payment of 2.7p per share for investors.

Capita has changed management and pulled in its horns to concentrate on core activities - business processes and customer services - so it was pleased to announce an extension to its contract with Npower to provide front and back-office customer management services. The deal is worth £40m over three years. It also announced the sale of its supplier assessment services business to Warburg Pincus funds for £160m.

Mears Group's housing operation is still the dominant part of the group so investors were cheered by news that revenues have stabilised in this part of the business and the bidding pipeline is promising. In the sphere of affordable housing, Mears has won a deal with the London Borough of Waltham Forest to arrange the purchase and refurbishment of 365 homes from private owners. Mears will arrange funding partners and carry out the refurbishments then operate the portfolio with the council for 40 years.

Lakehouse announced the planned disposal of its construction and property services arms alongside results for the six months to 31 March. The businesses, which represent the original Lakehouse operations, will be acquired by a team that will operate them as a private business, leaving Lakehouse to concentrate on its compliance and energy services arms. Performance in these operations has been solid, with revenues from continuing operations rising 3 per cent and underlying cash earnings by almost two-thirds.

London (Greater)
Up to £47,276 per annum plus excellent benefits
Reference
59097
END_OF_DOCUMENT_TOKEN_TO_BE_REPLACED