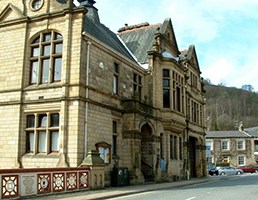 Monthind secured a multi-service line contract at the new Quadram Institute (QI) medical facility in Norwich. Monthind was appointed to provide a range of services including cleaning, window cleaning, pest control, grounds maintenance, and waste management. The firm was also awarded the contract through Wates Construction to provide the post-build clean before it opens.

Caterer Graysons landed a five-year deal worth in excess of £4 million to supply catering and hospitality services at The National Archives in Kew. Graysons has managed all the public cafés and the restaurant on site, plus staff restaurant and hospitality and events services from the start of this month.

Cordant treads boards at the Globe

Cordant Security won a contract to provide a wide range of services at Shakespeare's Globe in London. Cordant will supply a 24/7-staffed security operation, 365 days a year, including search and screening, patrolling, overt and plainclothes security, and access control. Experienced officers will monitor CCTV and report and respond to any incidents.

Amey was appointed as the highways maintenance and response contractor for Area 10 for Highways England in a 15-year contract worth £325 million. This key road network serves the North West. Amey will be in charge of traffic management during incidents and the operation of the five main depots in the region, as well as seven winter-only depots.

ISS in Ireland renewed a contract with the Houses of the Oireachtas (Irish Parliament) to provide services for another four years. The Oireachtas consists of the two houses: Dáil Éireann (Lower House) and Seanad Éireann (Upper House) in Dublin. ISS has been supplying cleaning and ancillary services there since 2012.

Graeme Davies rounded up this period of contracts with his perspective in the November 2018 issue of FM World:

After a subdued first half of the year, security specialist G4S activity picked up in the third quarter as organic revenues rose by 2.5 per cent, compared with a 0.2 per cent uplift in the first six months of 2018. The group saw good growth in North America, where Security Solutions saw revenues rise by 6.5 per cent; this helped offset weak growth of just 0.2 per cent in this division in Europe and the Middle East, where weakness in the Benelux region dragged down performance.