Government further reduces size of its estate in 2017-18 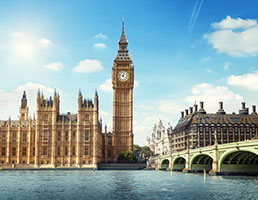 The size of central government's estate has reduced by at least 156,000 square metres - the size of 13 Trafalgar Squares, according to its State of the Estate report.

The annual report describes progress throughout the 2017-18 financial year in improving the efficiency and sustainability of government property that makes up its central estate.

All regions show a decrease in size over the past year, with the exception of the East of England, which has grown by nearly 15,000 square metres - this is because of Public Health England's (PHE) new science campus site in Harlow, Essex.

The London and the South East estates have been shrunk by 51,000 square metres and 36,000 square metres respectively, despite the number of holdings increasing in both regions over the year. This points to better use of space by departments, states the study.

On reduction of greenhouse gas emissions, the government as a whole cut its emissions by 39 per cent in 2017-18 compared with 2009-10, showing "continued strong progress towards the new target of 43 per cent".

The report can be accessed here.