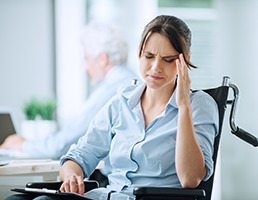 About 47 per cent of male employees "don't consider the gender pay gap to be a major issue", according to a poll by technology company Wildgoose.

And over 50 per cent of the sample of 117 people across Britain who were questioned felt the inclusion of disabled people was the area that required the greatest improvement within their organisation, the survey shows.

The diversity of age groups came in a close second - with just under half saying this aspect needed attention within their companies.

The results raise concerns that dual discrimination based on disability and age is common practice in the workplace, highlighting a need for companies to undergo additional diversity training in this area.

Other significant findings show that nearly half (47 per cent) of male employees don't consider the gender pay gap to be a major issue compared with three-quarters of females that do - a statistic that is particularly concerning given the recent publication of big organisations' gender pay gaps, and continued media coverage of the issue.

When the survey asked people about promotions, the gap between men and women narrowed as 67 per cent of men considered equal promotional opportunities a highly important issue compared with 61 per cent of women.

Jim Alexander, head of learning and development at Wildgoose, said: "The findings from our survey highlight that despite organisations making headway in relation to diversity and inclusion policy, there is still a long way to go before we achieve inclusivity across all cross-sections of the workforce.

"Creating an inclusive culture can only happen when people throughout all tiers of organisations (from entry to C-suite level) fully understand the importance and benefits of diversity and inclusion to both business and people - and take meaningful action towards long-lasting change."