Sodexo publishes its outlook for 2019 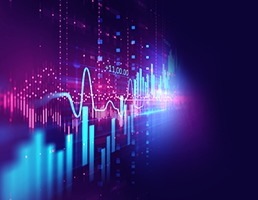 Sodexo's fiscal 2019 first-quarter revenues totalled 5.7 billion, up 6.8 per cent compared with the same period in the previous fiscal year, according to financial results published this week.

Growth in on-site services increased by 2.33 per cent and there was growth of 2.5 per cent in business and administrations and 1.9 per cent in healthcare and seniors services.

Overall growth in Europe, Asia and the United States "remained strong at +7.6 per cent".

Growth in Q1 was "in line with expectations, with stable growth in Europe, continued solid growth in developing economies and progressive improvement in North America", adds the report.

The group stated that the action plans "are delivering and the productivity is being reinvested in growth initiatives".

Sodexo CEO Denis Machuel said: "First-quarter revenue growth is in the middle of the range of our guidance. It reflects a good performance relative to fiscal 2018 but as expected, does not match the growth in the prior quarter, which was boosted by seasonal factors. While new signatures in Health Care and Seniors in North America are good, we remain prudent on the recovery in this segment. We are vigorously implementing our action plans. As we generate productivity, we are reinvesting in sales, marketing, digital and innovation. We maintain our objectives for the year as a whole."