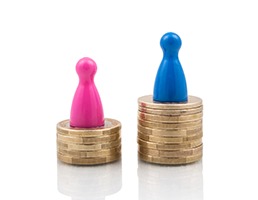 Two-thirds of MPs (69 per cent) believe that new gender, ethnicity and executive pay ratio reporting requirements are "a good start in tackling pay reporting problems but much more needs to be done," according to a YouGov poll.

The poll, commissioned by the Association of Accounting Technicians (AAT) found that almost a quarter of MPs (23 per cent) strongly agreed with this statement while a further 46 per cent agreed.

In contrast, 13 per cent of MPs either disagreed or strongly disagreed with this statement, with 3 per cent stating they "don't know".

Last year, new Gender Pay Gap reporting requirements were introduced to oblige all employers with more than 250 employees to publish their figures comparing men and women's average pay across their organisations.

Earlier this month, regulations came into effect that require all listed companies employing more than 250 employees to report their executive pay ratio (the difference between the pay of the chief executive and the pay of the median employee) from 2020 onwards.

Last week (11 January) the government finished consulting on new Ethnicity Pay Gap reporting requirements that will require companies to report their Ethnicity Pay Gap data, although precisely what data and how it is reported remains undecided.

Phil Hall, AAT head of public affairs & public policy, said: "Thankfully, most people now accept the rationale for gender, ethnicity and executive pay reporting, but there is broad recognition that these new requirements don't go far enough. It's good to know that MPs are similarly minded, with more than two-thirds now stating much more needs to be done. However, recognising the problem and dealing with it are two very different matters."

Hall added: "We need to see anomalies, loopholes and unintended consequences dealt with and a wider recognition that simply reporting on a problem, whilst helping to shine a light on issues, is very different from resolving those issues - reporting requirements are not an end in themselves.

"Companies should be compelled to publish action plans for addressing pay disparities rather than the current voluntary system; there should be much clearer and tougher sanctions for non-compliance; and given companies employing more than 250 employees account for a mere 1 per cent of UK businesses, reducing the reporting thresholds to companies employing more than 50 members of staff would have a much bigger impact on tackling divisive pay issues across the country."

AAT is a professional accountancy body with at least 140,000 members. This includes 4,250 licensed AAT accountants who provide accountancy and tax services to more than 400,000 British SMEs.