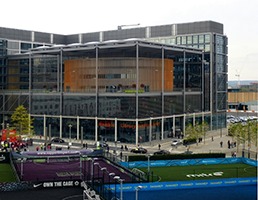 Brent Council has agreed to bring the London's borough's cleaning  back in-house.

In a vote, the council's cabinet agreed that the services would be once again carried out by Brent Council employees, with tenants and leaseholders "getting more control over the service they pay for".

The cabinet had already approved a report recommending that the service should devolve to the council.

Wettons Cleaning Services Limited currently cleans housing estates across the borough, but the report recommended that a good-quality cleaning service, "which is more responsive to residents' needs, could be delivered directly by Brent Council".

Wettons was awarded the contract in 2013 by Brent Housing Partnership and was responsible for the maintenance of the internal and external communal areas of blocks of flats managed by the council. A service review revealed that the quality of service, including the responsiveness to complaints and the joint working with other contractors, is poor  - leading to low resident satisfaction.

Now that the cabinet has decided to bring the service back in-house this means the council "has committed to giving tenants and leaseholders an active say, through a consultation, into how the service should evolve".

Councillor Eleanor Southwood, cabinet member for housing and welfare reform, said: "Council tenants and leaseholders have been telling us for some time that the current cleaning arrangements aren't working and this is a great opportunity to do something about that. I know how important it is for people to feel happy with where they live, and the cleanliness of our blocks is a huge part of this."

After Brent Housing Management services was brought in-house in October 2016, improving the estate cleaning service became a priority. A number of steps were taken to improve the service and this resulted in an increase in resident satisfaction - up from 58 per cent to 68 per cent in a year.

But although some improvements have been made, it was being recommended that, in order to achieve "the desired levels of quality and resident satisfaction, the service should be brought in-house".

This would allow estate cleaning to be fully integrated with other housing management services while giving the council, tenants and leaseholders greater control.

Krissy O'Hagan, GMB regional officer, said: "For years, our members have had to put up with minimum wage and poor working conditions under this private contractor, they can now look forward to decent pay and working conditions. Brent Council did the right thing."