Pareto reports turnover rise in its 4th year in operation 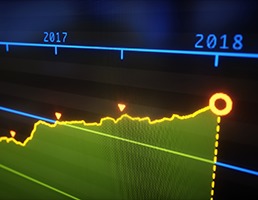 Facilities and engineering services provider Pareto FM has reported its annual turnover has risen for the fourth consecutive year.

Figures published this week for the year ending September 2018 show its turnover at £9.2 million.


Pareto FM has achieved "50 per cent of significant organic growth at the end of its fourth year of trading and is on course to grow by a further 50 per cent next year".


This achievement builds on the 77 per cent growth the company accomplished the previous year ending September 2017.


In line with its growth, Pareto FM added to its management team with the promotion of "three key individuals to associate director level in November 2018".


The company has also recently won contracts with Institute of Physics, Thomsons Online and the Royal College of Pathologists.


Pareto was founded in 2014 by Andrew Hulbert.