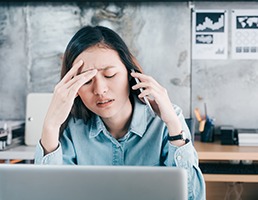 Half of employees think their working environment has a negative effect on their mental health (51 per cent) and well-being (49 per cent), according to research by workplace consultant Peldon Rose.

Its latest survey, released ahead of 'Blue Monday' - reputedly the most depressing day of the year - reveals that half of the employees asked say that their working environment has a negative effect on their mental health (51 per cent) and well-being (49 per cent) and two-thirds (67 per cent) say that they only "sometimes, rarely or never" feel valued at work.

Blue Monday, which lands this year on Monday 21 January, is traditionally the time when people lament their broken New Year's resolutions, unpaid bills, the shorter and darker days and the increasingly cold weather. But Peldon Rose's survey of nearly 1,000 office workers demonstrates that many of the causes - and solutions - to the nation's depressed mood may lie within the workplace itself.

The poll shows that two-thirds of employees (64 per cent) currently have poor or below average mental well-being and that the majority (56 per) claim increasing workloads, followed by a lack of time to focus on well-being and exercise (46 per cent) are the leading causes of their stress.

While half of employees think introducing exercise facilities will help them to better tackle their workplace stress (50 per cent) - less than a fifth of workplaces (16 per cent) currently provide such facilities, something employers should consider when looking to boost the morale of their workforce.

 Sedentary lifestyle: With three-quarters (75%) of people in a sedentary occupation and a third (36%) of people working nine hours or more a day, employees are struggling with long hours and physical inactivity.

 Exercise: Despite exercise being considered the office's best stress-buster by half of employees (50%), less than a fifth (16%) say they have on-site exercise facilities, only 21% have subsidised gym membership and 33% have cycle-to-work schemes.

Jitesh Patel, chief executive at Peldon Rose, said: "Employers must acknowledge that both our mental and physical health is affected by our work environment, and that to have a happy and productive workforce they must understand and meet their employees' needs. Workers spend much of their working day sitting down being inactive and they believe that the opportunity for more exercise and activity will help improve their well-being and mood. Business that respond to these needs by improving the office environment or introducing new benefits will be the ones to reap the benefits by a more motivated and productive workforce."