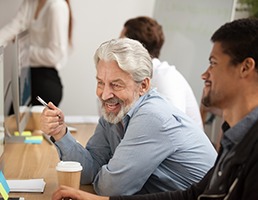 Eighty-nine per cent of UK workers claim benefit provision is important in their decision to work for a company, shows research by brokerage giant Willis Towers Watson.

The study of 2,000 UK workers also found that contributory pension schemes are the most valued benefit, chosen as a top five benefit by 62 per cent of workers.

Pension contributions are also the most valued benefit across the generations.

Mark Ramsook, of Willis Towers Watson Health and Benefits, said: "The first few weeks of the new year sees a significant upturn in the number of job listings, to coincide with the spike in new job-hunters who, after taking the holidays to re-evaluate their employment and levels of job satisfaction, have decided on a fresh start.

"As this research shows, benefits are a key component to attracting and retaining talent.  Companies looking for high-quality candidates, or wishing to hold on to their existing employee base, should consider this as part of their talent management strategies."

Despite the importance placed on benefits by workers, 67 per cent of workers surveyed claimed that their employer has never consulted them on their rewards and benefits preferences.

"A gulf exists between what workers want and what employees think they need," added Ramsook.

"A disparity between low and high earners may be expected, as provision increases with salary, but companies should ask if they are adequately catering for their lower-paid workers, as they form the backbone of any operation.

"Companies should look to consult with workers so they can create a benefits package that truly reflects their needs and goals.

"This not only breeds a sense of loyalty among employees, leading to better recruitment and retention, but can also significantly benefit the employer - after all, benefits will only be perceived as valuable if they are used."

London (Greater)
Up to £47,276 per annum plus excellent benefits
Reference
59097
END_OF_DOCUMENT_TOKEN_TO_BE_REPLACED