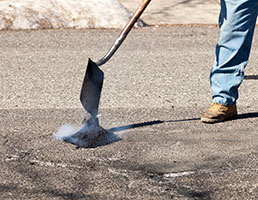 Analysis from business and financial adviser Grant Thornton UK LLP has found that over a third (36 per cent) of all councils in England are at risk of financial failure within the next 10 years.

The analysis also found that many would hit crisis point even earlier than this, with almost one in five councils (17 per cent) set to be at risk of financial failure by 2021.

Using the firm's new Financial Foresight tool, which analyses councils' long-term baseline financial forecast, a council is defined as 'at risk' if its reserve levels are at, or below, 5 per cent of total expenditure.

London boroughs are the most exposed, with 78 per cent (25) forecast to be at risk of financial failure over the next decade.

Unitary authorities and metropolitan councils are the two next most vulnerable authority types, with 49 per cent and 50 per cent expected to hit financial failure by 2028 respectively.

Although 12 county councils (44 per cent) are forecast to be at risk over the next decade, a number of these are also facing an uncertain future in the more immediate term. Three are likely to be at risk in the next three years - a number that rises to seven if the 'at risk' level is increased to reserves at, or below, 10 per cent of total expenditure.

Only 43 district councils (21 per cent) are set to become at risk over the next decade. A factor which is reflective of the fact that these councils do not have statutory responsibility for demand-led social care services - the number one issue and financial strain for many other councils currently.

The analysis also looked at the impact the proposed reduction of the Revenue Support Grant in 2019/20 would have on councils if alternative funding - such as the suggested increase in business rate retention - were not implemented. The data reveals that, if overall income levels grew in line with current rates (and there was no change in the level of business rates retention), once the grant ceases in 2019/20 52 per cent of all authorities would be 'at risk' of financial failure within 10 years.

London boroughs and county councils would be most affected, with 97 per cent and 93 per cent at risk respectively.

He added: "We have seen an inexorable rise in the number of councils dipping into their reserves as they struggle to balance the twin challenges of continued reductions in Revenue Support Grant and rising demand in areas such as adult social care, children's services and homelessness. The pressure on these essential services has been widely publicized, but now even those universally used services such as parks and pothole filling are visibly declining in quality. These issues combined mean financial sustainability will continue to be the biggest challenge for local government for the foreseeable future."

London (Greater)
Up to £47,276 per annum plus excellent benefits
Reference
59097
END_OF_DOCUMENT_TOKEN_TO_BE_REPLACED