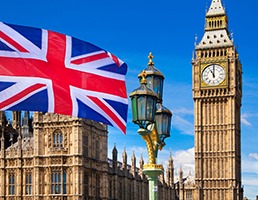 Oldham East and Saddleworth MP Debbie Abrahams has proposed a 10-minute rule bill calling for payments on government and public authority contracts to be made through a 'project bank account' system.

This Bill is fully supported by the Specialist Engineering Contractors' (SEC) Group representing the largest sector (by value) in the UK construction industry and a leading late payments campaigner and advocate of project bank accounts.

Abrahams has a long-standing interest in ending late payments and created the award-winning 'Be Fair - Pay on Time' campaign in 2012, and proposed the bill - titled 'Public Sector Supply Chains (Project Bank Accounts) Bill' - to help ensure small businesses are paid directly and promptly, whilst also protecting them against losses, such as those created by the collapse of the construction giant Carillion.

She also set up and chaired a late payments inquiry in Parliament in 2013, and said of the bill: "My bill aims to set in law the requirement that parties delivering government and public authority work, from the lead contractor right down through the supply chain, will receive payment from the same secure 'pot' of money.

"Late payment by large businesses is a massive issue across all business sectors leading to billions of pounds being owed to smaller companies for work that has been done.

"When payments take a long time working their way along a supply chain from the contracting authority there is a risk that the cash could be cut-off at any time because of payer insolvency."

This was seen with the collapse of Carillion, which had £2 billion of unpaid invoices to its smaller suppliers, as well as the "precarious position of other major Government contractors like Interserve", Abrahams said, calling for urgent action.

"In fact, it would now be very neglectful of Parliament or the Government to continue to ignore the concerns of SMEs in construction supply chains which have had to put up with payment abuse over many years.

"Project bank accounts are now acknowledged to be the most effective method of ensuring secure and regular cash flow."