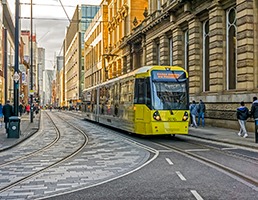 For the year as a whole, the city recorded "almost £1 billion of investment activity", the report stated.

During Q4, Aviva invested in the mixed-use scheme at Enterprise City, Spinningfields and the sale of SciTech for £180 million was the largest out-of-town deal of the year.

Channel 4 chose Leeds for its regional headquarters and Talk Talk has announced it will be moving more jobs from London to Manchester.

Whilst Regus and WeWork dominated take-up in another strong year for the co-working sector, there were also deals with over 10 other operators.

Conversely, professional services activity was slow in 2018 with legal, accountancy, property and engineering all showing below average take-up.

The lack of prime stock continues to impact on headline rents, which now average £30.33 per sq ft across the 'Big Nine' cities.