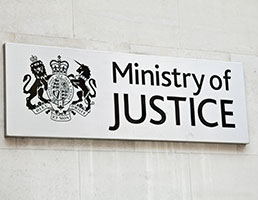 Support staff at the Department for Business, Energy and Industrial Strategy (BEIS) and the Ministry of Justice (MoJ) carried out a strike in industrial action of government outsourced workers this week.

The unions state that the government has consistently claimed that they will not roll back workers' rights following an exit from the EU.

The union also said that both departments have refused to negotiate with the two unions representing workers at BEIS and MoJ - the Public and Commercial Services Union (PCS Union) and United Voices of the World Union (UVW) - to increase levels of pay to the London Living Wage and improve terms and conditions.

As a result, both departments now face massive disruption.

Both groups of workers returned a 100 per cent vote in favor of strike action in their ballots, and are making the same demands for the London Living Wage (LLW) of £10.55 an hour and parity of sick pay and holiday entitlement with civil servants.

The workers currently only receive £9 an hour, around £5,000 less a year than what they would earn on the LLW, as many of the security guards work between 60 and 72 hours a week. They get one week's less annual leave than civil servants and only Statutory Sick Pay, which pays them nothing for the first three days of illness and then only £18.41 each day thereafter.

Nearly 3,000 workers, some employed directly by the MoJ, are also paid under the LLW, as well as thousands more government employees across the country, all of whom might be set for a pay rise if this strike achieves its aim.

A Ministry of Justice spokesman said: "We are committed to lifting the salaries of the lowest-paid members of staff and demonstrating that everyone is valued equally for their contribution, including our vital support staff.

"Of course we do not have unlimited resources - we have to work within our financial constraints - but we will continue to work with our suppliers to improve conditions in line with our values, and across government to pursue this important issue.

"The independently advised National Living Wage, which we strictly enforce in all our contracts, has helped to deliver the fastest wage growth for the lowest paid in 20 years - and the most recent rise in April meant full-time workers will earn an extra £600 a year."