Most large UK companies are set to increase climate-related reporting 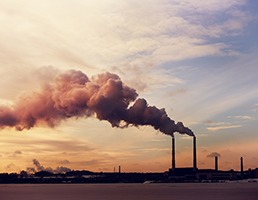 Two-thirds (67 per cent) of UK corporations will be disclosing climate-related risks and opportunities in their 2019 annual financial reports, show figures released by the Carbon Trust this week.

But fewer than a quarter (23 per cent) of companies are expecting to fully report in line with the recommendations of the G20 Financial Stability Board's Task Force on Climate-related Financial Disclosures (TCFD), released in June 2017.

The survey was conducted by Ipsos MORI as part of its annual Captains of Industry research study, based on interviews with 100 board members from the UK's top 500 companies.

The release of these findings comes just after the World Economic Forum highlighted extreme weather events and the failure of climate change mitigation and adaptation as the main risk faced by the world in 2019.

Looking across a time frame of the next three years, the most commonly expected advantage from climate change disclosure in line with the TCFD recommendations is reputational; seven in 10 (72 per cent)of firms believe that this reporting would increase brand value.

At an aggregate level, one-third (31 per cent) of respondents see financial benefits, composed of improved access to capital (12 per cent), lower cost of capital (10 per cent), and strengthened credit rating (9 per cent).

Other perceived benefits include reduced shareholder pressure or activism (37 per cent), as well as attracting an increased diversity of investors (29 per cent). And a fifth (21 per cent) of business leaders think that improved climate change reporting will directly result in increased company valuation.

Conversely, few respondents foresee negative effects from revealing their climate change opportunities and risks - only a handful predicts that this would have any effect on investment or borrowing. Three-fifths (59 per cent) do not identify a single disadvantage that would occur for their company in the short-to-medium term by providing disclosures in line with TCFD recommendations.

It is also noted that despite high-profile media coverage of the TCFD recommendations - as well as pledges of support from many of the world's largest institutional investors, banks and rating agencies - six in 10 (62 per cent) corporate leaders say they have not been engaged by any of their important investors or other stakeholders over the past year about improving disclosures on climate-related opportunities and risks.

Hugh Jones, managing director of business services, at the Carbon Trust, said: "It's disheartening to see that so few large institutional investors are asking UK plc to come clean on their climate credentials. These data are essential to encourage companies to become climate-safe investments. Investors owe it to their clients and the millions of workers whose savings they are investing to protect us from loss that is greater than just financial."

Anne-Marie Williams, investor engagement manager at ShareAction, said: "Climate change has significant consequences for virtually every sector of the economy. It's a topic business leaders can't afford to ignore, and while it's rising up the corporate agenda, there is still a way to go. Reporting on climate-related risks is an essential step to identifying challenges and grasping opportunities to be found in the transition to a low-carbon economy. Many business leaders already recognise that this is the case, understanding the financial and reputational benefit it can help unlock. It's incumbent on others to follow suit and investors play a key role in ensuring this happens."

London (Greater)
Up to £47,276 per annum plus excellent benefits
Reference
59097
END_OF_DOCUMENT_TOKEN_TO_BE_REPLACED