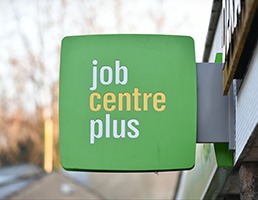 An early redundancy makes your health poorer, according to research by the Centre for Health Service Studies within the School of Social Policy, Sociology and Social Research at Kent.

The centre devised a study that set out to establish what the long-term implications of enforced unemployment are on people over the course of their life, particularly in later life.

Researchers discovered that those who had lost a job early in their career were found to be 5-6 per cent more likely to rate their health as fair or poor, compared with those who had not experienced an early redundancy.

Compared with the effect of other determinants of health in the analysis, this impact was of a similar size on health in later life to having five fewer years of education.

The researchers used data from the third wave (2008/09) of the Survey of Health, Ageing and Retirement in Europe to understand how being made redundant within the first 10 years of entering the labour market can have negative effects on health over 30 years later.

In total, they examined the data on 946 people who suffered involuntary job losses, with 657 down to lay-offs while 289 were because of plant closures.

The median age of those surveyed who lost their job was 22 and they were interviewed an average of 39 years later.

Dr Olena Nizalova, one of the authors, said: "It is well-known that losing your job can have major short-term health implications, but our research demonstrates the impact can last far longer and lead to life-long negative health impacts. This is a notable finding and it demonstrates that more work needs to be done to understand the full implications of job losses on long-term health and how it can be managed."

The findings, if replicated in future studies, could help the government better understand the implication of unemployment in later life in terms of health effects and create policies that take this into account for workers affected, particularly during periods of high unemployment.

The researchers noted that when younger workers laid-off during the Great Recession stemming from the financial crisis of 2007 to 2008 reach the same age as those surveyed in this sample there would be further opportunities to study the long-term effects of early career job loss.

The paper, The Effect of An Early-Career Involuntary Job Loss on Later Life Health in Europe, was published in the journal Advances in Life Course Research. The authors were Dr Nizalova, University of Kent, Jonas Voßemer and Professor Michael Gebel from the University of Bamberg, and Olga Nikolaieva from the Kyiv School of Economics.