Employees want workplace tech that performs like their own technology 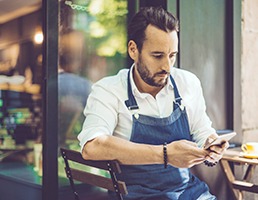 These UK-specific findings are from a global survey of 3,000 employees conducted by The Workforce Institute at Kronos Incorporated called Building the Workplace of the Future, which unveiled employees' opinions of their workplace technology and how this compares with the tech they use in their personal lives - as well as what they believe to be the barriers to adoption of new technologies.

Considering the technologies that have become commonplace in everyday lives such as Netflix, Airbnb or Uber, organisations can no longer implement workplace technologies that do not meet these same high standards of usability. The research looked at desk-less employees as well as office workers.

The research also found that while 40 per cent believe that their job is made harder because their employer relies on outdated processes and technology, over a third (39 per cent) say that their company invests in a lot of technology, but that it isn't the right technology to help them do their jobs.