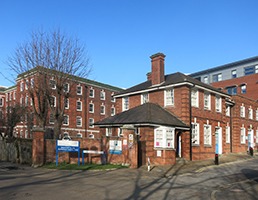 Support services company ISS has said a union's claim that the work conditions at a London hospital where the firm supplies services as belonging "to the Victorian era" is "complete nonsense".

The global facilities management business was responding to an announcement by the GMB union that it was planning to stage a demonstration over pay next month.

Cleaners, caterers and porters working for ISS said they would strike. GMB members have already held two demonstrations at Kingston Hospital on 29 November and 20 December.

The union claims that ISS, which holds the cleaning, catering and portering contract at Kingston Hospital in south-west London, continues "to refuse to offer a full sick pay scheme to GMB members" and "GMB members are fighting for sick pay to be granted from day one across the ISS workforce".

Helen O'Connor, GMB regional organiser, said: "Highly paid ISS managers also known as 'salaried staff' get a full sick pay scheme operational from day one, but an ISS worker has to 'earn sick day credits' and in the event they fall sick wait three days to get 'sick pay credit' in the event they have accrued any 'sick credit' in the first place. The pay of an ISS worker is so low that if they are unfortunate enough to fall sick they are put at risk of hunger and homelessness."

She described these work conditions as belonging "to the Victorian era".

But an ISS spokesman told Facilitate that the company was "presently in talks on a range of issues around terms and conditions with UNISON at Kingston, who are the lawfully recognised trade union for ISS employees on the site".

The spokesman added: "We are disappointed that GMB continues to demonstrate outside the hospital, when they are not the lawfully recognised trade union for ISS employees at Kingston, thereby undermining our relationship with a fellow TUC-affiliated, national trade union who represent our employees' interests with us.

"We intend to continue our dialogue, working in partnership with Unison which has, over the years, been of significant benefit to our employees."

He said the GMB's description of work conditions as belonging "to the Victorian era" is "complete nonsense".

"Kingston Hospital is one of the very few hospitals in the country that has received an 'Outstanding' rating by the CQC [Care Quality Commission] and one where all staff, either directly or indirectly employed by the NHS, are valued.

"In a recent staff survey, more than 75 per cent of the team responded, which should be considered a strong representation. When asked if they would recommend ISS as an employer almost 50 per cent said yes, with less than 20 per cent disagreeing and 94 per cent of the team felt that they were engaged with the business and the aim ISS has in providing the best services possible to their hospital and the patients.

"The company's sick pay arrangements operating at the hospital is their standard scheme that has been long accepted by all the trades unions and has been in place across the whole country for over 30 years. There are no plans, or foreseeable reasons, for this to change and we would encourage the trades union to cancel their action as it is based entirely on totally incorrect assumptions. Our employees enjoy terms and conditions of service which compare favourably with employers in our sector and, more widely with employers in the UK."