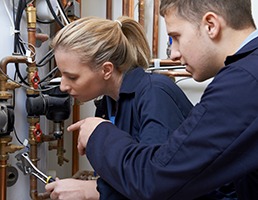 Employers are failing to capitalise on apprentice recruitment, says Redrow

Big firms will feel the pain of the Apprenticeship Levy this spring when the first wave of levy payments will be wiped from their accounts unless they have invested them in training apprentices.

Apprenticeship provider Develop Training Limited (DTL), whose customers include household names in construction and the utilities, says the deadline should focus attention on making the controversial initiative work.

Companies with payrolls above £3 million have been paying into the scheme since its launch in April 2017 and continue to do so monthly. They can get the money back if they invest it in apprenticeship programmes with approved providers, but there is a two-year deadline.

That means in April this year levy payments dating back to the start of the scheme will go to the Treasury, and funds will continue to be funnelled away each month on the second anniversary of when they were paid in.

For example, the levy payments that companies made in September 2017 will no longer be available to invest in apprenticeship programmes from September 2019.

The levy was supposed to encourage firms to invest in apprenticeships, but confusion and concerns about costs meant the scheme initially had the opposite effect.

DTL hosted an Industry Skills Forum in late 2017 for figures in HR in construction and the utilities that highlighted wildly varying views on the levy, from companies that were embracing it to train new and existing employees, to those who saw it as a tax.

Since then the government has tweaked the scheme significantly, reducing the amount of levy payments and allowing smaller companies to use levy money to help other organisations to finance their own apprenticeship training, typically those in the big companies' supply chains.