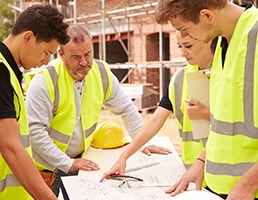 In the UK, apprenticeships are funded through a levy that is paid by all businesses with an annual pay bill in excess of £3 million.
However, apprenticeship starts in London have fallen by 21 per cent since the government introduced the levy in April 2017.


London's businesses contribute more to the apprenticeship levy than any other region - but two in five of these businesses don't spend any of the available levy funds, and a further two in five spend less than half.


This means that money is being returned to the Treasury, rather than being invested in young Londoners, with retail, hospitality and construction among the most affected sectors.


Khan has said that he is investing £1.3m in pilot projects designed to help employers spend their levy funds on high-quality apprenticeships, or else transfer the money down the supply chain to smaller business to keep the benefits of the funding in the capital.


Through this process, the Mayor expects to boost his credentials as pro-business and help businesses create 2,000 new training opportunities for London's young people, with a particular focus on retail, hospitality and construction industries.


The Mayor is calling on apprenticeship funding to be devolved to London alongside funding and responsibility for adult careers services.
This would include the devolution of the London area-based delivery of the National Careers Service. He also wants to see London's share of the UK Shared Prosperity Fund, which will replace valuable European funds following Brexit, to be fully devolved to London.

Khan has also set up a Construction Academy to improve construction skills. He has also expanded the London Enterprise Adviser Network and is investing £114 million in new buildings and equipment for skills training across London.

Khan said: "From biotech, engineering and construction to retail, hospitality and healthcare, London needs workers with the skills to support the rich variety of our economy. Given the uncertainty surrounding Brexit, ensuring a better and more responsive skills network - as well as continued access to global talent - is more important than ever.

"Apprenticeships are a key part of my commitment to being London's most pro-business Mayor and giving young Londoners the skills they need to succeed - they benefit individuals, businesses and the whole London economy - so I'm delighted to be able to announce further funding to unlock more opportunities across the capital. Now we need the government to recognise our success and devolve adult careers services provision to City Hall."

More than 230,000 working-age Londoners are unemployed, with particularly high rates of youth unemployment. Ensuring an effective and responsive skills system is critical to tackling this issue.

Anthony Impey, chair of the GLA Apprenticeship Group, said: "The Mayor's announcement comes at a critical time for London's businesses, who are already struggling to recruit the people they need, even before the full impact of Brexit.  Never has the need been greater for companies to develop their own talent, and apprenticeships provide an excellent way to do this.


"I have first-hand experience of the immense benefits apprenticeships can provide organisations of any size, not least their return on investment. I've also seen the huge impact that it can have on young Londoners, by supercharging the start of their careers and giving them access to some of London's most exciting sectors.  The Mayor's support is vital to ensure that these advantages are available to as many as possible."

London (Greater)
Up to £47,276 per annum plus excellent benefits
Reference
59097
END_OF_DOCUMENT_TOKEN_TO_BE_REPLACED