Caterer Compass enjoys taste of success in Q3 of 2018 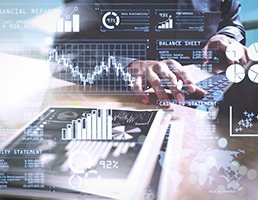 Compass Group has issued a trading update showing that its organic revenue for the three months to 31 December 2018 grew by 6.9 per cent.

This growth was driven by "strong levels of new business wins, continued good retention rates and bolstered by the impact of the new UK defence contracts and a positive sporting events calendar".

Compass states that it continues to "generate efficiencies through our management and performance (MAP) programme to offset inflationary headwinds".

Organic revenue in North America increased by 8 per cent.

Growth was "very good across all sectors particularly in business and industry and sports and leisure, the latter of which benefited from the timing of certain events".

In Europe, organic revenue grew by 6.4 per cent, reflecting continued momentum from new business wins, notably the significant impact of defence contracts in the UK mobilised in the second half of 2018, a beneficial sports and leisure calendar and continuing good growth in continental Europe.

Organic revenue in Rest of the World increased by 2.8 per cent, with ongoing good performance in developing markets partially offset by the run-off of the last offshore construction project in Australia.

Currency movements, compared to the same quarter last year, had a positive translation impact on revenues and profit in the quarter of £107 million and £10 million respectively.

If current spot rates were to continue for the remainder of the year, foreign exchange translation would positively impact 2018 revenue by £508 million and operating profit by £43 million.

In the first quarter, the group spent £197 million on acquisitions in North America.

Targeted and disciplined bolt-on acquisitions, focused on its core food offering, strengthen its capabilities and there is a good pipeline of opportunities across the group, adds the statement.

Compass is set to continue to make progress on the disposal programme.