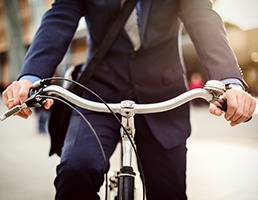 There is "significant demand" among UK employees for employee benefits that improve or sustain a healthy lifestyle, according to research from employee services business Personal Group.

More than 40 per cent of employees surveyed want health insurance to be added to their workplace benefits programme: more than a third (34 per cent) would like their employer to introduce discounted gym memberships, and more than one in four (28 per cent) want to have access to rewards linked to physical activity.

In addition, almost a quarter (24 per cent) want physical health-based incentives, such as interdepartmental step challenges or competitions added to their company-wide benefits programme.

Despite warnings from experts and recommendations from Public Health England for employees to stand or move for at least two hours during the working day, the data shows that 70 per cent of those surveyed who sit down to work only get up from their desk or workstation every hour at best, while 38 per cent only move every two hours or more.

Furthermore, a large proportion of employees eat at their desk or workstation on a regular basis (32 per cent) and most choose to drive to work (60 per cent) over walking (15 per cent) or cycling (3.5 per cent).

All this demonstrates that despite the increased risks of developing cardiovascular and lifestyle-related diseases, a large number of employees continue to live a relatively sedentary lifestyle during their working day.

That said, the results of the survey shows that many employees recognise this and are keen for their employers to support them to reduce this physical inactivity in 2019.

 Three in 10 people are happy for their employers to have access to their health stats if they are offered physical health employee benefits.

 More men than women think that employers should be able to access their health stats if they offer physical health-based incentives (40 per cent of men compared with 24 per cent of women).

 Over half of all age groups, apart from 18-24 year olds, drive to work most days

 The most popular benefit 18-24 year olds would like to see implemented is discounted gym membership, with over half (55 per cent) wishing their employer offered this.

The most desired benefit for those 35 and over is health insurance (42 per cent).

London (Greater)
Up to £47,276 per annum plus excellent benefits
Reference
59097
END_OF_DOCUMENT_TOKEN_TO_BE_REPLACED