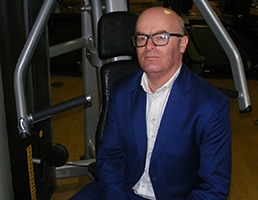 Serco reports that 2019 outlook is healthy

Serco has appointed Simon Bailey as the new managing director of its leisure division, Serco Leisure.

Bailey started in the transport business before moving on to the health division in 2012, where he was most recently responsible for a portfolio of facilities management contracts across the UK, managing about 1,500 staff.

He said: "Cycle hire is an area I'm hugely excited about. Working with Transport for London, we've seen another record year in terms of rider numbers for its Santander cycles, while in Edinburgh working with Transport for Edinburgh, and launching less than six months ago, our scheme is already proving popular with both city visitors and residents."