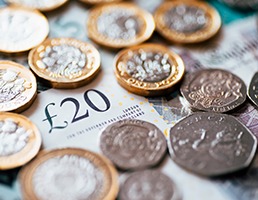 Leisure centres could be forced to close without government spending

Most English councils are failing to make savings

Nearly all councils plan to raise council tax this year and increasing charges to make up for cuts in central government funding, according to a survey by a local government think tank.

The 2019 State of Local Government Finance Survey (PDF document) has found that more than half (53 per cent) of councils are eating into their reserves to stay afloat, says the Local Government Information Unit.

Four out of five (81 per cent) are investing in commercial developments while nearly half were planning on cuts to services. Eight in 10 senior council decision-makers believe the current system for council funding is unsustainable.

A quarter of councils said the public would notice planned cuts to services in the coming year. Worryingly, the financial situation is so bad for one in 20 councils (22 councils in England) that they are concerned that they won't be able to deliver the legal minimum service for residents.

Local authorities have already seen their central funding reduced by 40 per cent on average. Respondents to the survey admitted that they would be further reducing activity in arts and culture (46 per cent), parks and leisure activities (45 per cent), roads (38 per cent), libraries (32 per cent) waste collection (22 per cent) and recycling (11 per cent).

Chief executive of the LGiU, Jonathan Carr-West, said: "With more cuts ahead, local councils have no option but to take drastic measures to make ends meet. In the future care for the elderly and vulnerable children could be funded from shopping centre investments and car parks, which carries significant risk if the economy tanks.

Children's services and education is councils' top immediate financial pressure for the second year running (36 per cent of councils), ahead of adult social care (23 per cent), which has historically ranked highest. However, adult social care is still under severe strain, being named as the top long-term financial pressure (37 per cent of councils).

Gang activity, including county lines operations, was identified as a top pressure on children's services by one in 20 upper-tier councils (6 per cent placed in their top three), all of which were located in the South East, London, and the Midlands.