Churchill Group stays on board with Strathclyde Partnership for Transport 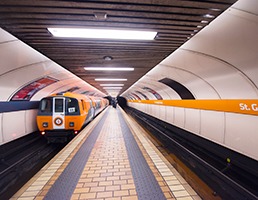 Churchill has secured a 10-year extension to its cleaning contract with Strathclyde Partnership for Transport (SPT) in Glasgow and its surrounding areas.

SPT is the largest of Scotland's seven regional transport partnerships.

It operates the Glasgow Subway as well as specialist bus services and is responsible for delivering better public transport for all.

Under the contract, Churchill is responsible for providing extensive cleaning services, which include interiors and exteriors of all subway trains, 15 subway stations, six bus stations/interchanges, the offices and engineering depot.

Churchill has held the current contract with SPT since April 2014.