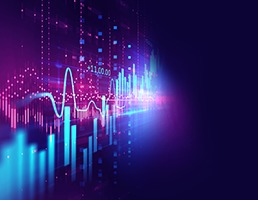 Serco reports that 2019 outlook is healthy

Revenue for support services group Serco has declined by 5.6 per cent in the first half of the financial year, but grew 2.5 per cent in the second half, resulting in a decline for the full year of 1.7 per cent, according to the group's results released today.

This comprises a 3.1 per cent organic decline from net contract attrition, partially offset by a 1.4 per cent net contribution from acquisitions.

The adverse impact of currency in the full year was £65 million, or 2.2 per cent, resulting in a 3.9 per cent decline in revenue at reported currency.

Rupert Soames, chief executive of the Serco Group, said: "2018 marked an inflection point for Serco. After several years of declining revenues and profits, underlying trading profit at constant currency rose 40 per cent, Reported operating profit grew fourfold and revenue started to grow again in the second half. Underlying earnings per share (EPS) grew by 63 per cent, Reported EPS was positive for the first time since 2013, and free cash-flow also turned positive for the first time since 2014.

"Our balance sheet remains strong, with net debt: EBITDA for covenant purposes at 1.1x, down from 1.4x in 2017; our pension schemes are well funded; there was no use of working capital finance facilities; we pay our suppliers on average in 30 days and our customers pay us on average in 29 days - and we have recently successfully completed the refinancing of a £250 million banking facility committed to December 2023, on terms similar to previous arrangements."

Soames added: "We expect to deliver further progress in 2019, with revenue and underlying trading profit both expected to grow. Beyond 2019, and consistent with our strategy announced in 2015, we believe we will able to continue to improve our margins, with a target of achieving 5 per cent or above in the longer term. In terms of demand, we now believe that the weighted growth rate across all our geographies and sectors has slowed from the 5-7 per cent seen in 2010-2014 to around 2-3 per cent now, whilst demand in some markets - for example, US defence - remains robust, conditions in the UK, which represents about 40 per cent of our revenues, are weak and this is acting as a drag to aggregate market growth.

"Despite this, our recent strong order intake means that we believe we should be able to outperform a weaker market in the next few years, absent unforeseen headwinds or major rebid losses. We expect Serco to achieve revenue growth of 3-4 per cent in 2019, accelerating to around 5 per cent in 2020 as contracts such as Grafton, Icebreaker, AASC and NGHS become fully operational."

London (Greater)
Up to £47,276 per annum plus excellent benefits
Reference
59097
END_OF_DOCUMENT_TOKEN_TO_BE_REPLACED