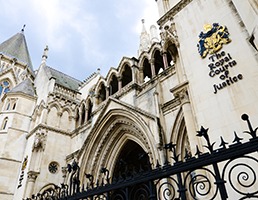 News Analysis: University of London to use both in-house and outsourced-services

The High Court in London is today hearing the case for a landmark legal challenge that could extend the rights of outsourced workers.

The Independent Workers Union of Great Britain (IWGB), the University of London and the government's Department for Business, Energy and Industrial Strategy (BEIS) will all appear at the hearing.

An IWGB spokesman told Facilitate Magazine that it could be "weeks or months" before the result of the challenge is known.

The High Court is allowing the University of London, Cordant Security and the Department for Business, Energy and Industrial Strategy (BEIS) to intervene as interested parties.

This means that the union will be facing legal arguments and lawyers from four different bodies.

The IWGB initially brought the landmark case to the Central Arbitration Committee (CAC) to require the University of London to recognise the union for the purposes of collective bargaining on behalf of some of its outsourced workers.

The law to date has been interpreted as only allowing workers to collectively bargain with their direct employer, in this case facilities management company Cordant Security. But, if successful, the test case would open the door for 3.3 million workers throughout the UK to collectively bargain with their de facto employer as well as their direct employer, introducing the idea of a joint-employer to UK law.

The IWGB is arguing that denying the outsourced workers the right to collectively bargain with the university, which is their de facto employer, is a breach of article 11 of the European Convention on Human Rights.

The IWGB contends that by using middlemen in the form of outsourcing companies, "employers are able to offer some workers far worse pay, holiday entitlements, sick pay and pension contributions than those they directly employ. Outsourced workers are also much more likely to suffer from bullying and discrimination".