UK businesses are not ready for climate-based workplace disasters 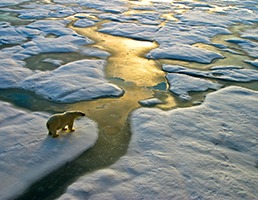 Businesses are putting themselves at risk of huge financial losses as a result of their failure to prepare for workplace interference, shows research by global flexible workspace provider Regus.

In a survey, Regus found that 40 per cent of businesses rely solely on what their workplace recovery provider tells them, or what is in their contract to protect them from a crisis.

By failing to properly explore what service provision is offered in the event of a serious incident such as flood or fire, businesses are leaving themselves vulnerable to a business continuity failure.

The lack of testing of recovery facilities by businesses also leaves them open to further disruption, with businesses at risk of finding that, in reality, the location they have been allocated is too small, with seats only available on a first-come-first-served basis, leaving business-critical staff unable to work.

Regus states that the findings "are even more concerning in light of the World Economic Forum's latest Global Risks Report, released in January this year, which outlined the increasing global risk of natural disasters".

The report shows that extreme weather, including floods, hurricanes, and earthquakes, is 'the risk of greatest concern' today, and that spending on disaster recovery is now almost nine times higher than on prevention.

A series of storms from 2015 to 2016, saw areas of Britain being severely flooded and businesses were hit hard. The UK's Environment Agency estimates the overall economic impact of the storms at £1.6 billion, with businesses spending £500 million to cover the costs of flood damages.

London (Greater)
Up to £47,276 per annum plus excellent benefits
Reference
59097
END_OF_DOCUMENT_TOKEN_TO_BE_REPLACED